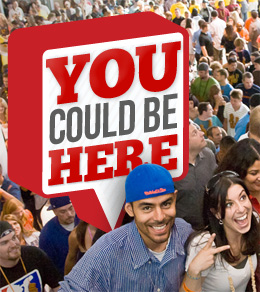 It seems fitting that, in its 30th year, the Great American Beer Festival (GABF) not only beat its sell-out record, it blew it out of the water! No one expected the festival, which in 2011 has 51 times the number of beers it did in 1982, would see such an overwhelming level of interest from attendees around the world—enough so that tickets sold out in one week.

Well, the sad truth is that some beer lovers didn’t end up getting GABF tickets. Maybe they were on vacation that week, or perhaps they missed the initial announcement, but fortunately, the good folks at CraftBeer.com are offering a last-chance giveaway. One lucky person will win a trip for two to the 2011 GABF. The trip will include lodging during the festival, round trip airfare for two, and two tickets to each session of GABF.

This promotion ends August 31, 2011 at 11:59 am, so register now for your chance to win! All previously registered CraftBeer.com users will be included in the drawing. See the Prize Giveaway Rules for more information and details.