With more space, a new entrance, more breweries (21) and more chefs (21) in 2015, GABF’s Farm to Table Pavilion is also getting a new name: Paired.

Don’t worry, Farm to Table fans, the tasty format stays the same: a who’s who of small and independent brewers, chefs and restaurateurs from around the country will offer pairings in an intimate setting located just off the main hall.

The new name, rather than signaling a change, encapsulates what the event has become, says Nancy Johnson, event director for the Brewers Association.

“I love the simplicity of this name and I love that it reflects what happens in the pavilion: craft beer and food pairings,” said Johnson. “We’ve come a long way with this event and we’re excited about the fun possibilities that this name brings.”

As with previous years, attendees will sample craft beers not served anywhere else in the festival paired with foods prepared by chefs from some of the nation’s top restaurants. Last year’s lineup, assembled by Brewers Association Executive Chef Adam Dulye, boasted several James Beard Foundation Award nominees, and this year’s roster promises another impressive concentration of culinary talent.

While enjoying carefully crafted pairings, attendees will engage in meaningful discussions with chefs and brewers, who share similar philosophies on choosing specific ingredients to enhance their products, making paired an adventure for the mind as much as the palate. 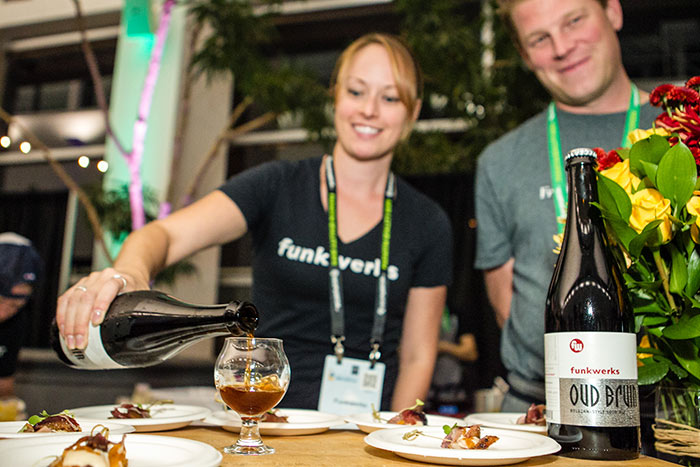